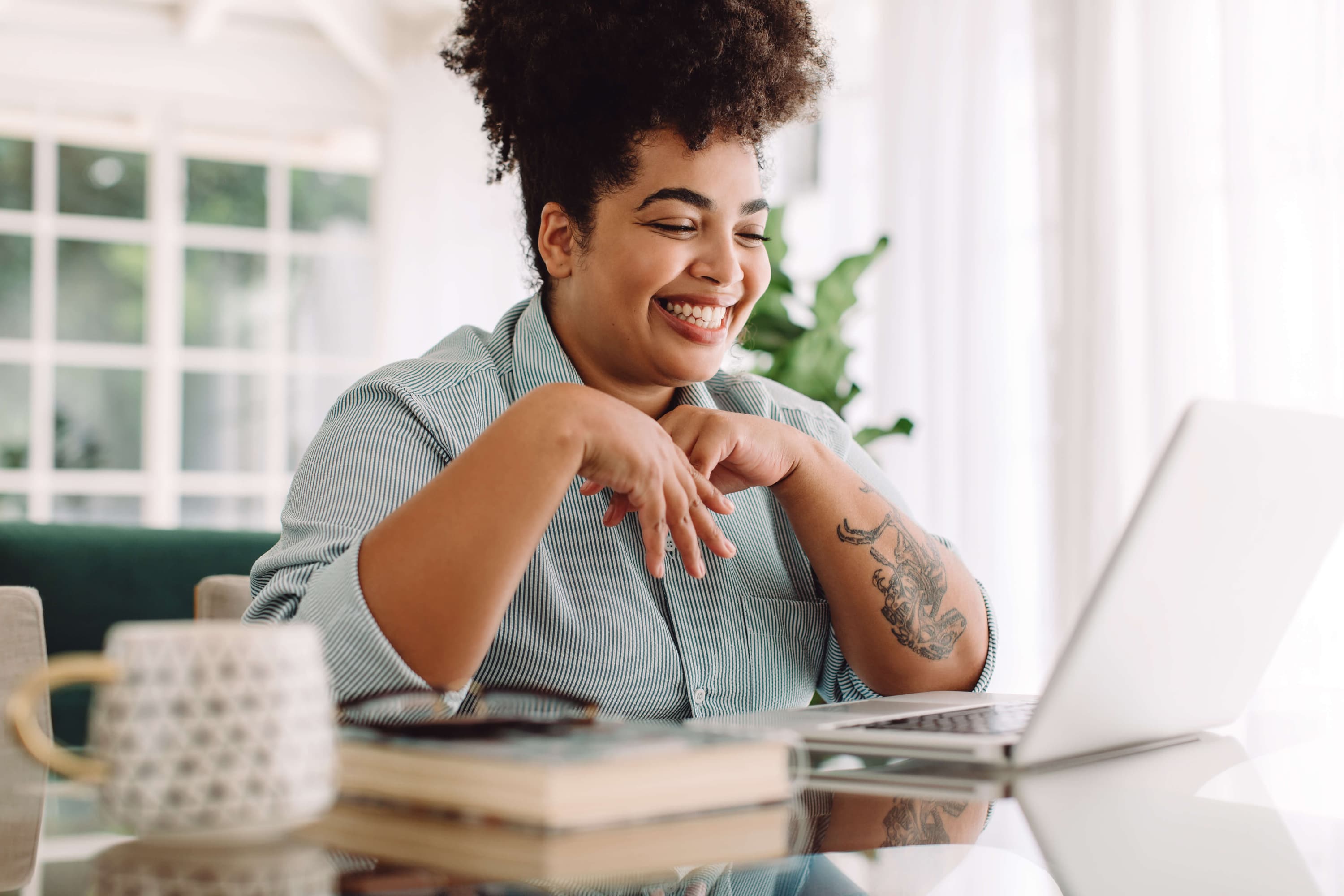 The World of Black Women in Tech

We all know what Black History Month is, but do we know how it actually started?

Born in 1875, Dr. Carter G. Woodson, the son of former slaves had limited access to a good education and job opportunities. Working as a coal miner, he was eventually able to save up to study at one of the few high schools for Black students. Over time he gained numerous qualifications, including a PhD in History from Harvard University. In 1926 he sent out a press release to mark the first Black History Week in the US. Carter G Woodson worked tirelessly to promote Black history in schools throughout his life and is now known as the “Father of Black History”. Since 1976 every US president has officially designated February as Black History Month. Organised by Ghanaian-born Akyaaba Addai-Sebo, Black History Month was first celebrated in the UK in 1987 and takes place every year in October.

People from African and Caribbean heritage have been a fundamental part of British history but their value and contribution to society is often overlooked, ignored or distorted. The history curriculum of most schools focuses on traditional events and the achievements of known White figures. Black History Month gives everyone the opportunity to share, recognise and celebrate the contribution and achievements of those of African or Caribbean descent and to understand the impact of Black heritage and culture on the world we live in today. It is also an opportunity for people to learn more about the lasting effects of racism and how to challenge negative stereotypes.

According to National Centre for Women & Information Technology (NCWIT), of the 25% of women working in tech, Black women account for only 3%. Research from the British Computer Society (BCS) also shows Black women account for just 0.7 per cent of IT roles, 2.5 times below the level of other professions. This article will discuss just a few of the many challenges faced specifically by Black women in the tech industry.

It is widely reported that institutional racial and gender bias exist from early stages of education all the way up to higher levels of education. This can deter young Black girls from exploring STEM subjects long before they are even able to consider a career in the tech industry. A 2015 study published by the Upjohn Institute for Employment Research using over 16,000 teachers found that White teachers were less likely to believe that a Black student would someday receive a university degree when compared to White students. As for gender bias, a study by the National Bureau of Economic Research (NBER) found that whether consciously or unconsciously, teachers showed bias in scoring tests, often underestimating girls and overestimating boys. This inevitably guided how students, especially females in STEM subjects, felt about their prospective academic success and participation. The research also found that, though girls would often outperform male students in STEM subjects at an early age, they were still less likely to pick advanced courses in secondary/higher education.

Racial and gender stereotypes mean that Black women face double the challenge when faced with recruitment bias. Over the last 21 years, women software engineer hires have only increased by 2% and even less for Black women. The 2021 Women in Tech Report by TrustRadius revealed that 37% of women of colour in tech feel that racial bias is a barrier to promotion. There are many possible reasons for this, one being that networking is often much easier when based on shared experiences, interests and knowledge. Having a supportive network whether inside or outside of work is very useful when it comes to career progression and promotion. Studies show that Black workers and job-seekers are less likely to have role models or acquaintances who can refer them to open positions than White and Asian workers. Many circles of influence within organisations are White male-dominated meaning that they are more likely to make connections and give opportunities that help career acceleration to those who are similar to themselves. 83% of tech workers in Silicon Valley are men and 93% of those workers are White.

Microaggression can be described as intentional or unintentional commonplace daily verbal, behavioural or environmental slights that subtly express a hostile, derogatory, or negative attitude toward a member of a stigmatised or marginalised group. According to the Women in the Workplace Report 2018 by LeanIn.org and McKinsey & Co, microaggressions are a workplace reality for 64% of women. Women are twice as likely as men to have been mistaken for someone in a more junior position. Black women, in particular, deal with a greater variety of microaggressions. They are more likely than other women to have their judgment questioned in their area of expertise or to be asked to provide additional evidence of their competence. Business Insider reported that men are nearly three times as likely to interrupt a woman than another man.

Microaggressions can seem minor when dealt with in isolated occurrences but when repeated over time, they can have a major impact. Women who experience microaggressions view their workplaces as less fair and are three times more likely to regularly think about leaving their job than women who don’t. Black women especially are less likely to bring their full and authentic selves to work in these environments. According to Business Insider, one in five Black women feel socially pressured to straighten their hair for work, which is twice the rate for White women. Here are some common workplace microaggressions:

· “You speak really good English.” or “You are so articulate.”

· “She is quite aggressive.” vs “She is just passionate.”

· Women being interrupted by their male colleagues

· Imitation of accents or dialects

· “Your name is hard to pronounce; can I just call you [alternative/shortened name]?”

· “You should meet [name], she is also Caribbean.”

· “How do you get your hair like that?” or “You have a different hairstyle every week” or “Can I touch your hair?” or “Is that your real hair?”

· Commenting on the attractiveness of a female colleague

· “She is a good female engineer.”

Workplace environments and policies can often make female colleagues feel that they don’t belong or are not as important/valued as their male colleagues. McKinsey & Co reported that women were 22% more likely to experience “Imposter Syndrome” in the workplace (the overwhelming feeling of being out of place compared to colleagues). Now imagine that feeling for a Black woman. There are a variety of reasons for this, the most obvious one being that Black women are often the only woman and/or the only person of their race in the room. This can make them feel closely watch and on guard as they stand out. Other reasons could include a lack of female toilets, the absence of a private space for nursing mothers to pump, masculine décor or social events. Kapor Centre stated that company culture greatly affects a company’s ability to retain its employees.

There are many organisations that are dedicated to promoting Black women in tech. The non-profit organisation, Coding Black Females, is an example. Their primary aim is to provide opportunities for Black female developers to develop themselves, meet familiar faces, network, receive support and build relationships through having regular meetups. Coding Black Females recently teamed up with the British Computer Society (BCS) to offer 50 BCS memberships. They also teamed up with Niyo Enterprise to run 6-month coding bootcamp for Black females aged 18+ who are unemployed or earn less than £25,000.

Another organisation creating great opportunities for Black women in tech is TechUPWomen who run a training programme and recently took 100 women from the Midlands and North of England from under-represented communities, with degrees or experience in any subject area, and re-trained them in technology. They were then given the opportunity to interview with a company for an internship, apprenticeship or job.

Another way organisations can encourage Black female talent is by ensuring representation and visibility of existing Black female colleagues. This could be at career fairs, public speaking events, media opportunities etc. This shows other Black females that there are people who look like them within these organisations and makes them more likely to consider careers in tech. However, this alone is not enough. Companies should strive for diverse candidate pools and board members as well as hiring managers who have undertaken unconscious bias training to ensure fair recruitment practices. Companies need to recognise and understand the challenges faced by Black women in tech in order to take the necessary steps to address them, make their workplace environments inclusive for Black women and encourage them to pursue a career in tech.